Four Ways To Save Time On Your Commute

Commuting is a necessary evil- at least until teleportation is invented. Using one of these four strategies can help you sleep in longer or get home sooner.

Get in the Carpool Lane

If you are driving during rush hour, being able to use the carpool lane can dramatically decrease the amount of time you spend on the road each day. If you are unable to find anyone at work to carpool with, there are now apps and websites to help you locate others who need a ride in the same direction.

If you don't own a car, look into getting a ride even part of the way from someone who does. It might be worth the cost of chipping in for gas if you live somewhere where public transportation is slow or unavailable.

For many, public transportation is synonymous with a slow commute. However, it is worth actually timing out your possible options. Consider paying extra for express buses or trains; when you factor in the cost of gas and being stuck in traffic jams, it could end up saving you money or at least time.

Riding public transportation also allows you to focus on things other than the road, such as reading the newspaper, playing games on your phone, or even checking work emails. Although these are not actual timesavers, it can make the daily commute seem less grueling.

Avoid Rush Hour However You Can

The best way to not be caught in rush hour traffic is to not be a part of it at all. Consider leaving for work early, or negotiating with your boss for a later start. This way you can avoid the peak of traffic, while still getting to work on time. Another possibility is working for more hours a day for less days a week. For example, working from 8am-6pm Monday through Thursday could save you Friday's rush hour commute entirely.

Ride a Motorcycle to Work

Riding a motorcycle can save you time on your commute, especially if you live where lane-splitting is legal. This enables you to ride past standstill traffic, and could drastically reduce your daily commute. Additionally, motorcycles can ride in carpool lanes even if they are carrying only one person. Finding parking can also be much less time consuming with a motorcycle, as they fit in many spots that a car cannot. Many enthusiasts find riding a motorcycle, like from Nick's Powerhouse Honda, turns commuting from a chore into one of the best parts of their day. 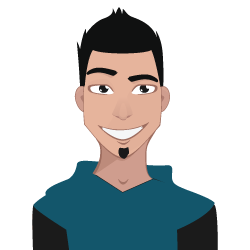